125: JEDI is Dead, and the Cloud Pod Launches Bottlerockets in Celebration

tcp.fm
125: JEDI is Dead, and the Cloud Pod Launches Bottlerockets in Celebration 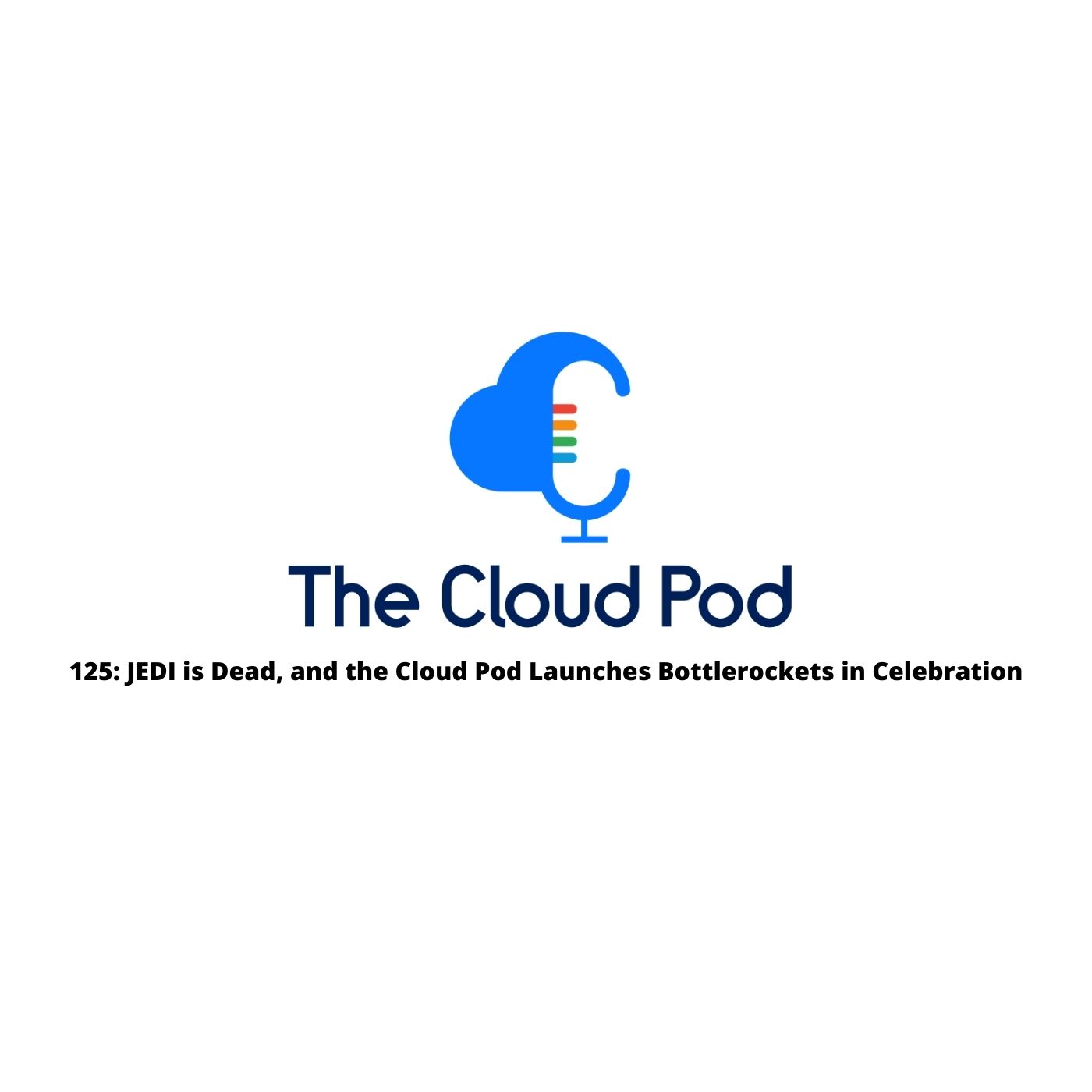 On The Cloud Pod this week, Ryan was busy buying stuff on Amazon Prime Day and didn’t want to talk about JEDI, so he arrived late to the recording. Also, long-time sponsor of The Cloud Pod, Foghorn Consulting, has been acquired by Evoque, so the team grilled Peter for the juicy details.

JEDI: We’re Not Talking About This Anymore

Azure: Big Fans of Lord of the Rings

⚡ In a controversial move, Peter claims that jokes that write themselves should be a point for him so awards himself this week’s point, leaving scores at Justin (11), Ryan (5), Jonathan (8), Peter (2).