138: Cloud Pod productivity is way up thanks to the Facebook outage

tcp.fm
138: Cloud Pod productivity is way up thanks to the Facebook outage 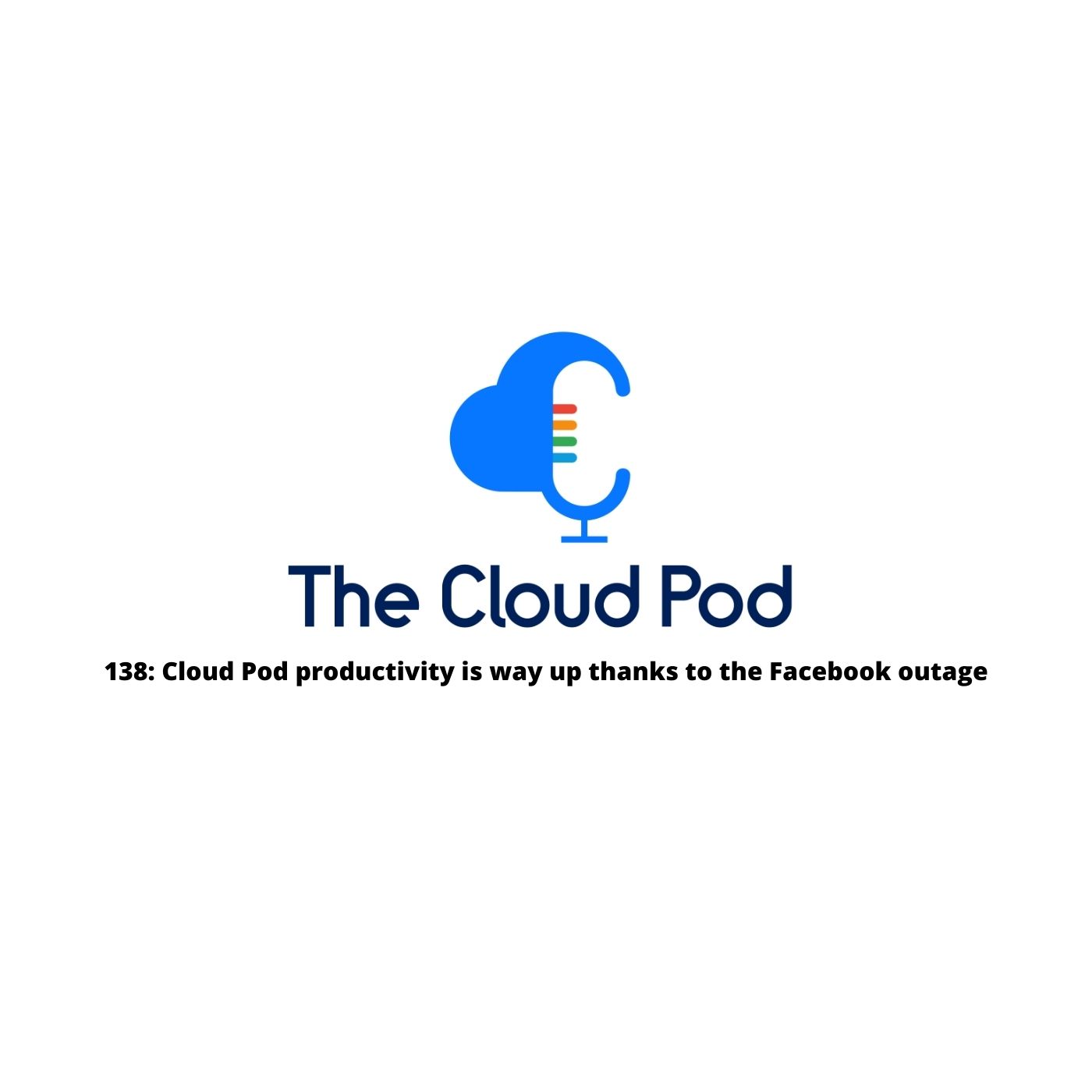 On The Cloud Pod this week, the team is running at half-duplex without Peter and Ryan. Plus Cloudflare R2 is here, Facebook died for a day, and AWS releases Cloud Control Plane.

General News: The day that Facebook died (for six hours)

AWS: On a mission to control the cloud

GCP:  Watch out Azure, GCP is coming for you

Azure: VMware expands across the map

⚡ Justin and Jonathan decide to give themselves both a participation point for showing up and recording, making the scores Justin (16), Ryan (9), Jonathan (12), Peter (1).