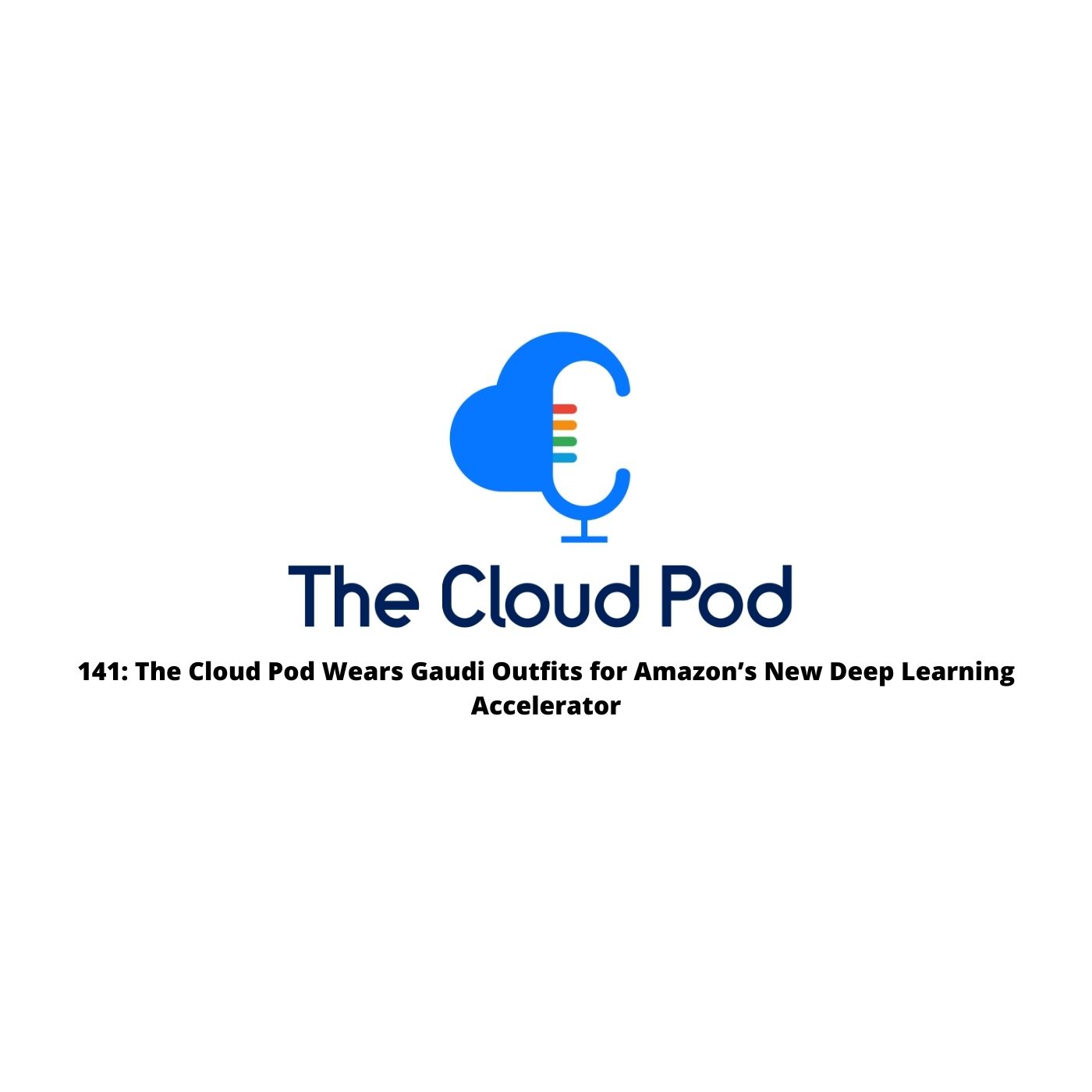 On The Cloud Pod this week, half the team misses Rob and Ben. Also, AWS Gaudi Accelerators speed up deep learning, GCP announces that its Tau VMs are an independently verified delight, and Azure gets the chance to be Number One for once (with industrial IoT platforms.)

💡 “I guess [AWS Gaudi Accelerators] solve the problem of lack of availability of NVIDIA CPUs. It’s almost impossible to buy a decent graphics card, and I’m sure the cloud providers are suffering horrendously with not being able to scale their machine-learning instances the way they wanted to, because of the chip shortage.”

💡 “We’ve said it for a long time now that with Google coming to the market when they did, it was very easy to take all the major gripes of AWS and Azure and improve on them. And they banged it out of the park. So kudos to them, because it is a much better user experience than [what you get with] the other two cloud providers.”

🚦 HashiCorp introduces its new Consul API Gateway to help route traffic to applications running on the Hashicorp Consul Service Mesh. This seems like an early release, given its fairly basic capabilities.

Azure: A Glimpse of the View From the Top